I very much regarded Punta as the entry gate to my travels - not expecting too much really as I was not going to do any hiking in Patagonia (shame really but I have got a feeling that having not enough time to see everything will be a reoccurring theme on this trip). The first highlight was the dinner we had on Saturday evening. The salad for starters was absolutely amazing - so much fresh stuff (like mushrooms and bean sprouts) that I had not seen for so long. The salmon was pretty good too.
On Sunday we met up to go for a walk in “Reserva Nacional Magallanes” which is just outside the city. It was raining in the morning but cleared up in the afternoon rather nicely. We walked for nearly 6 hours between the hills and I hadn’t realised before how much I had missed the forest. It was a very dense forest and I was fascinated by all the mushrooms! Once we got further up, we had a brilliant view over the valley which was covered in trees painted in autumn colours - I guess I thought such a view was only possible in places like Norway or Canada.When we reached the end of our walk we asked the ranger to order us a taxi. However, he was just leaving, so he gave us a lift instead :) 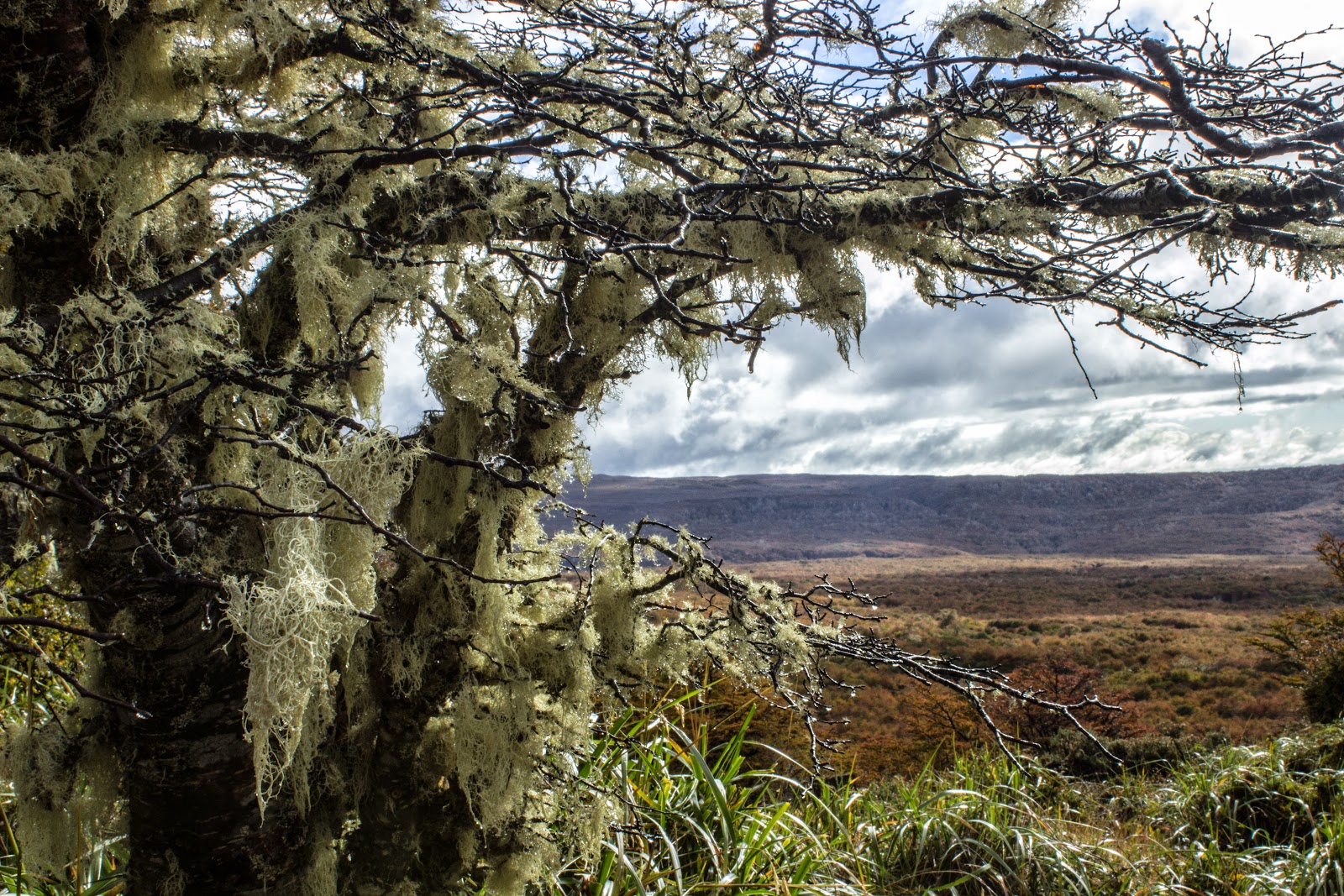 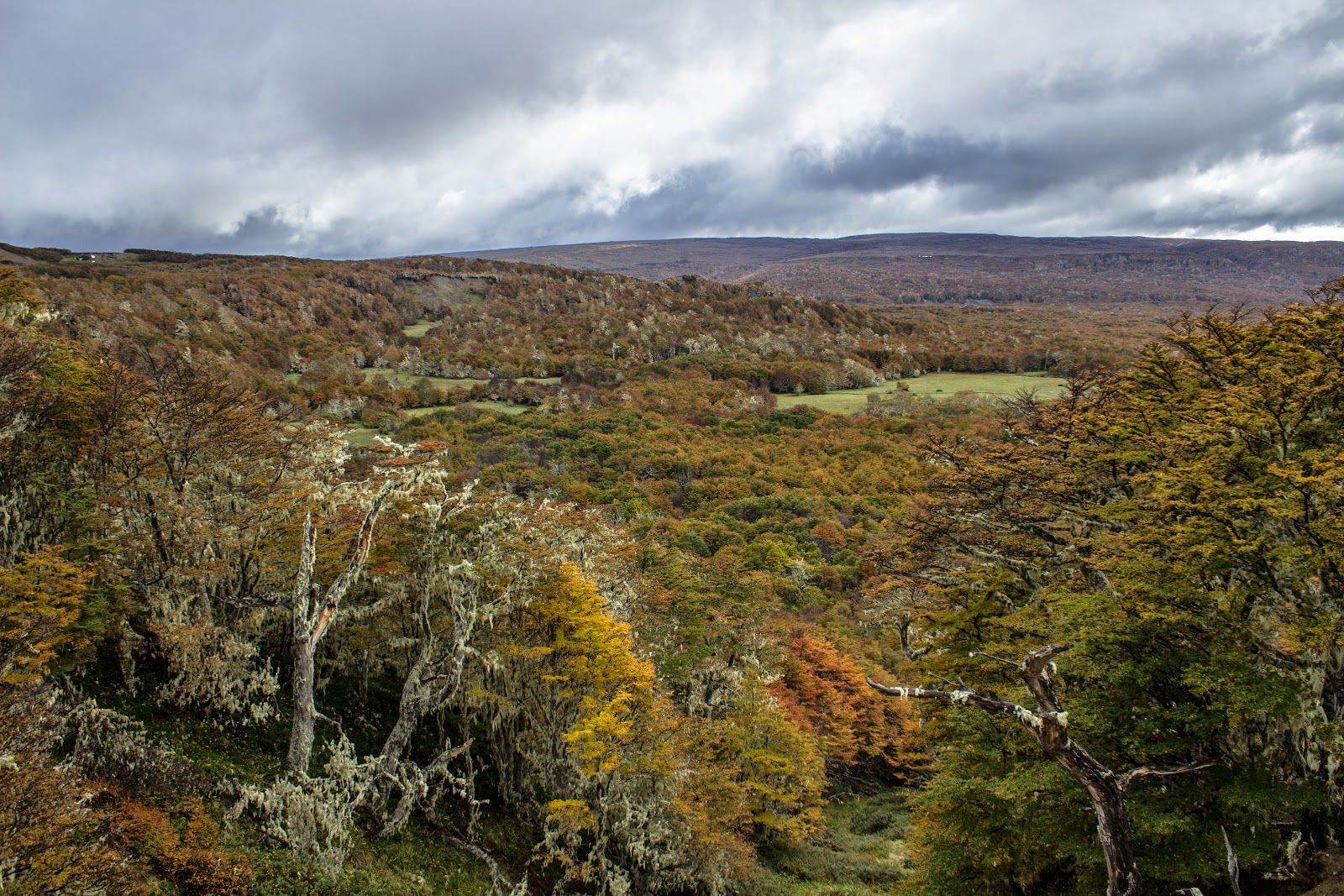 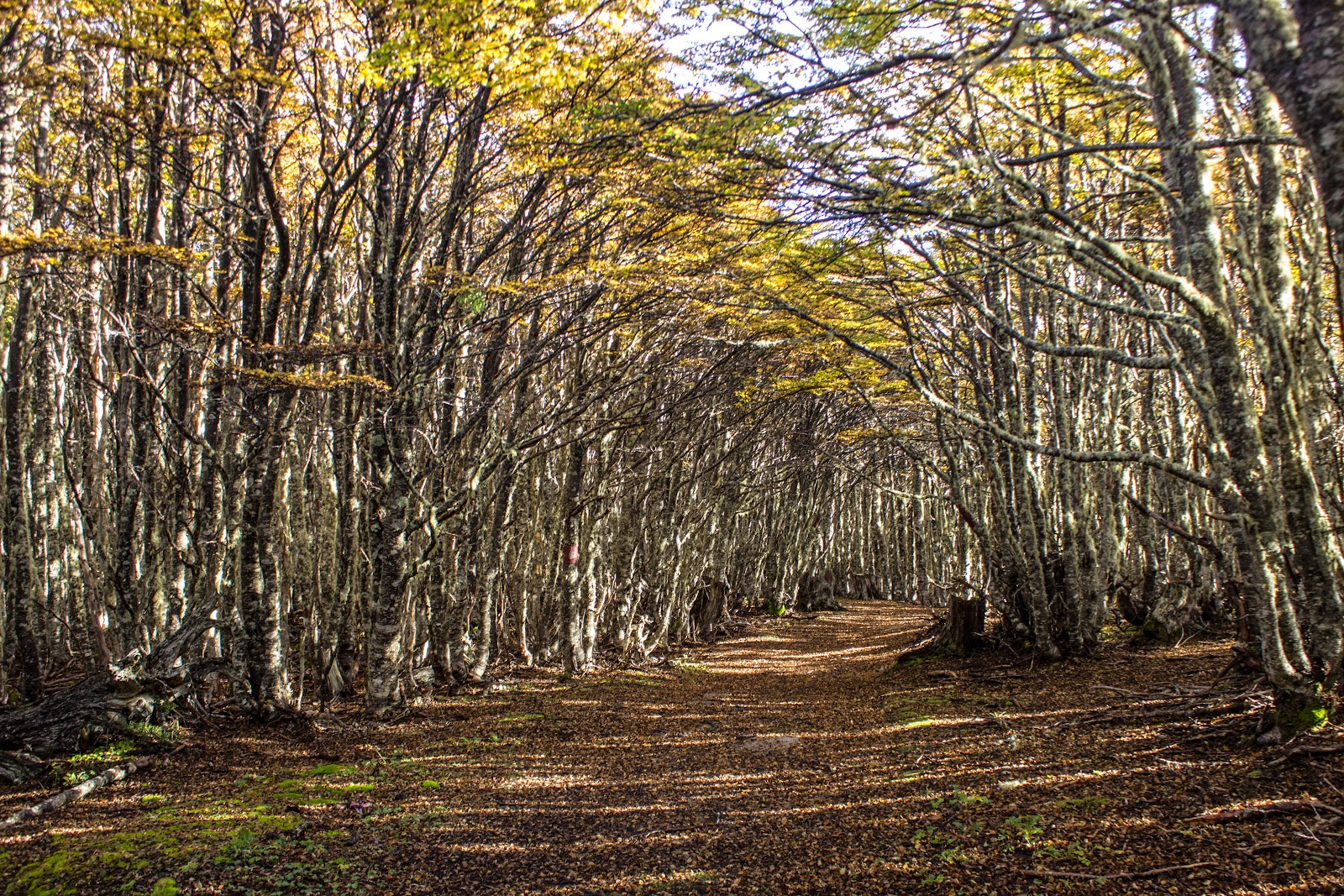 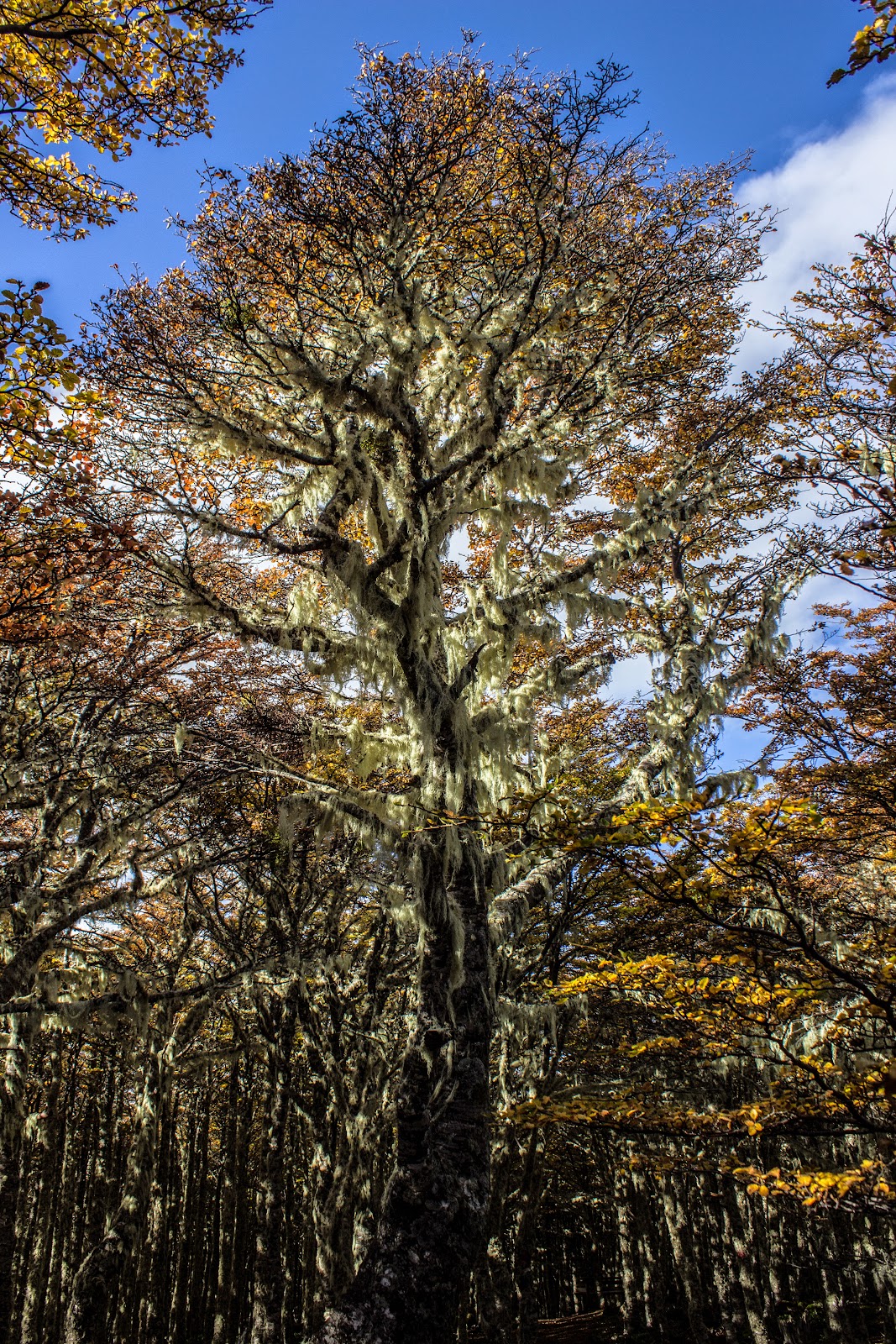 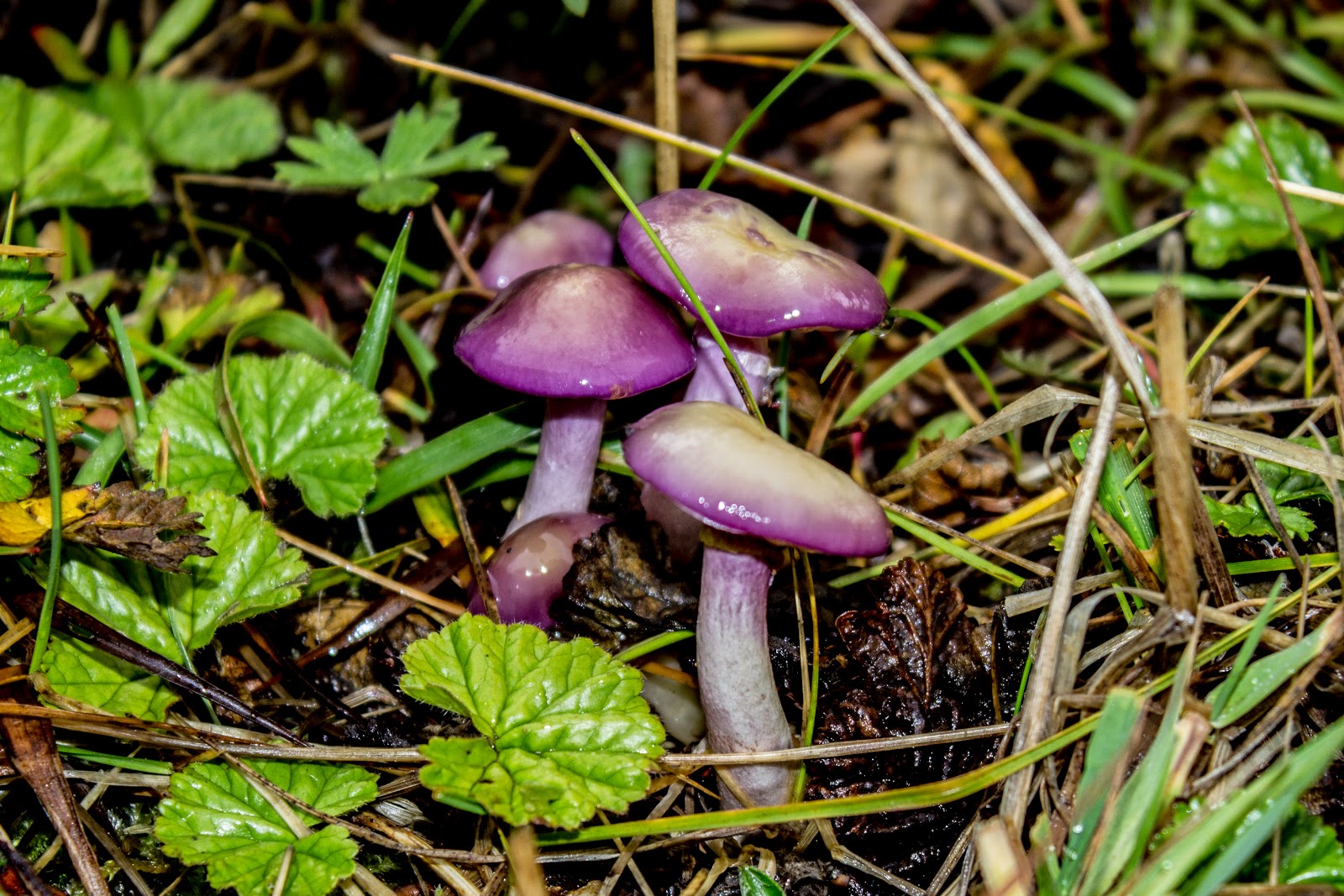 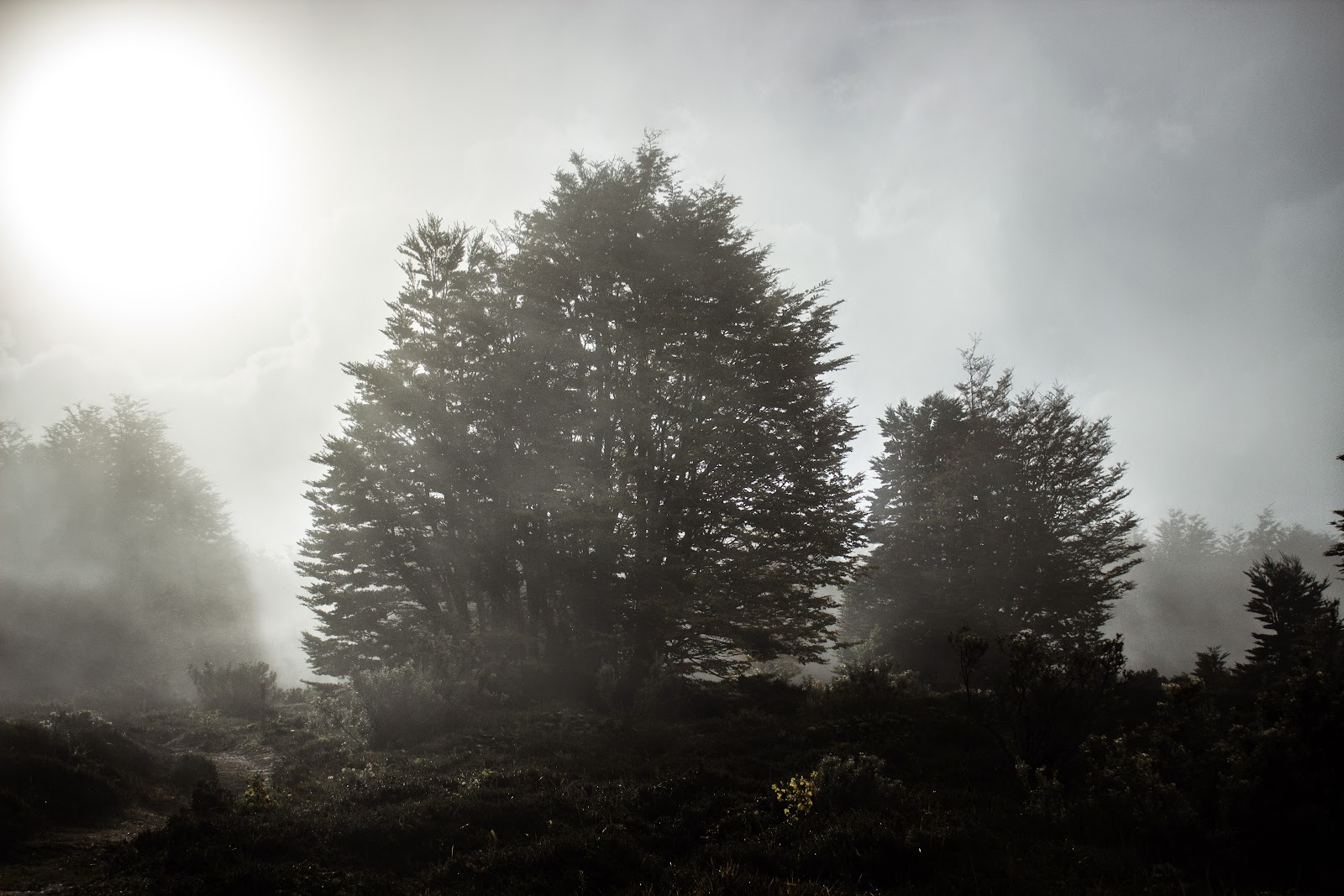 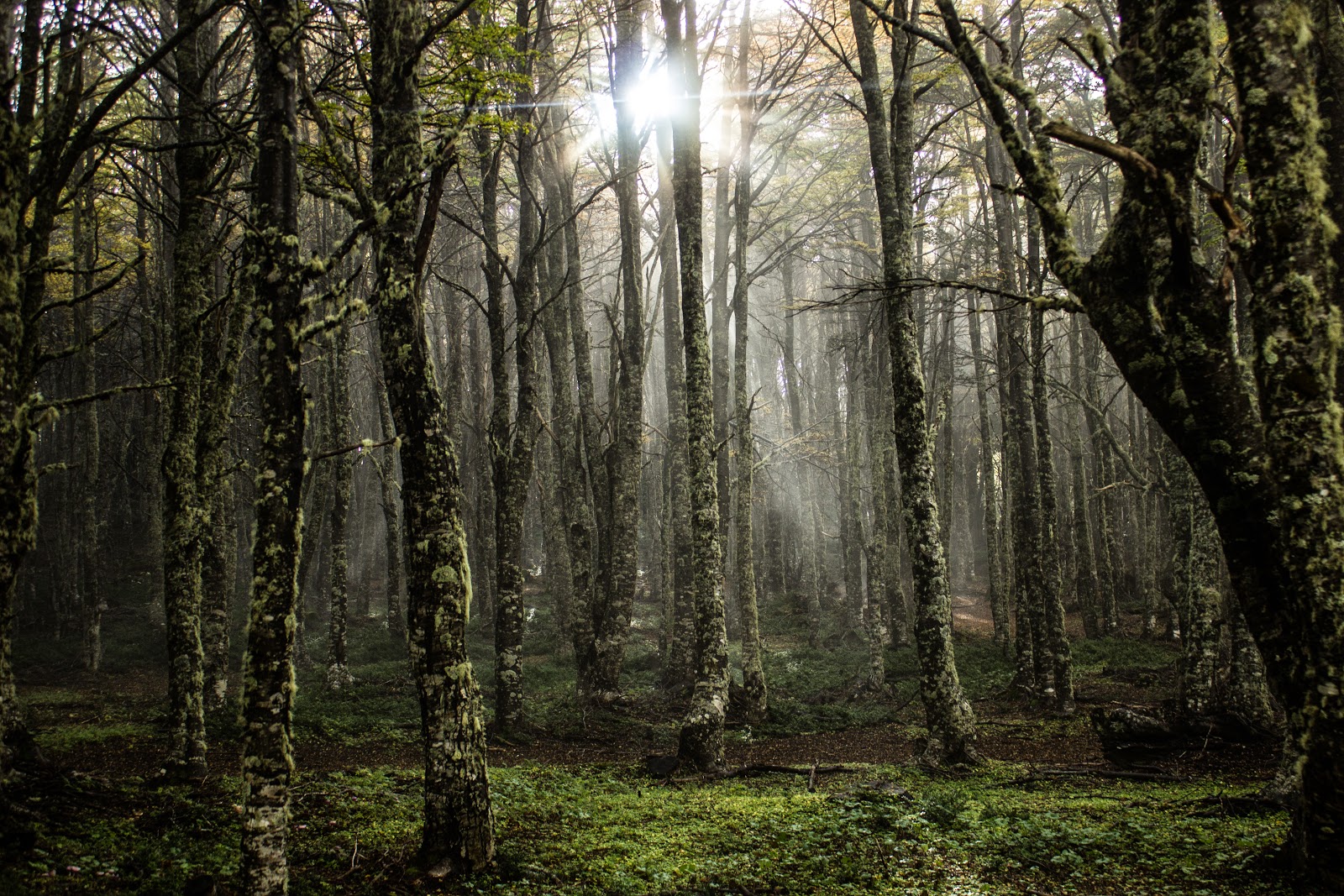 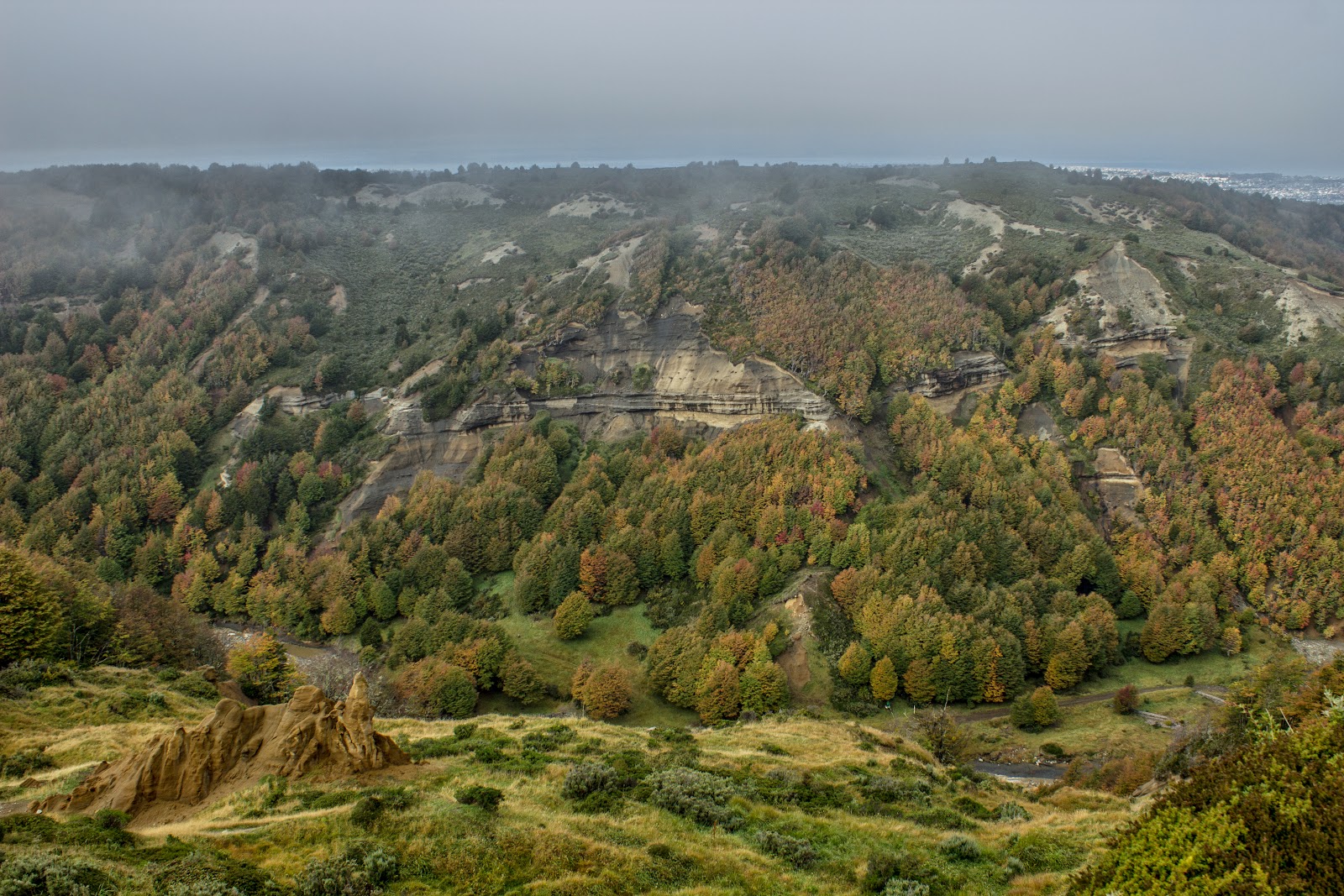 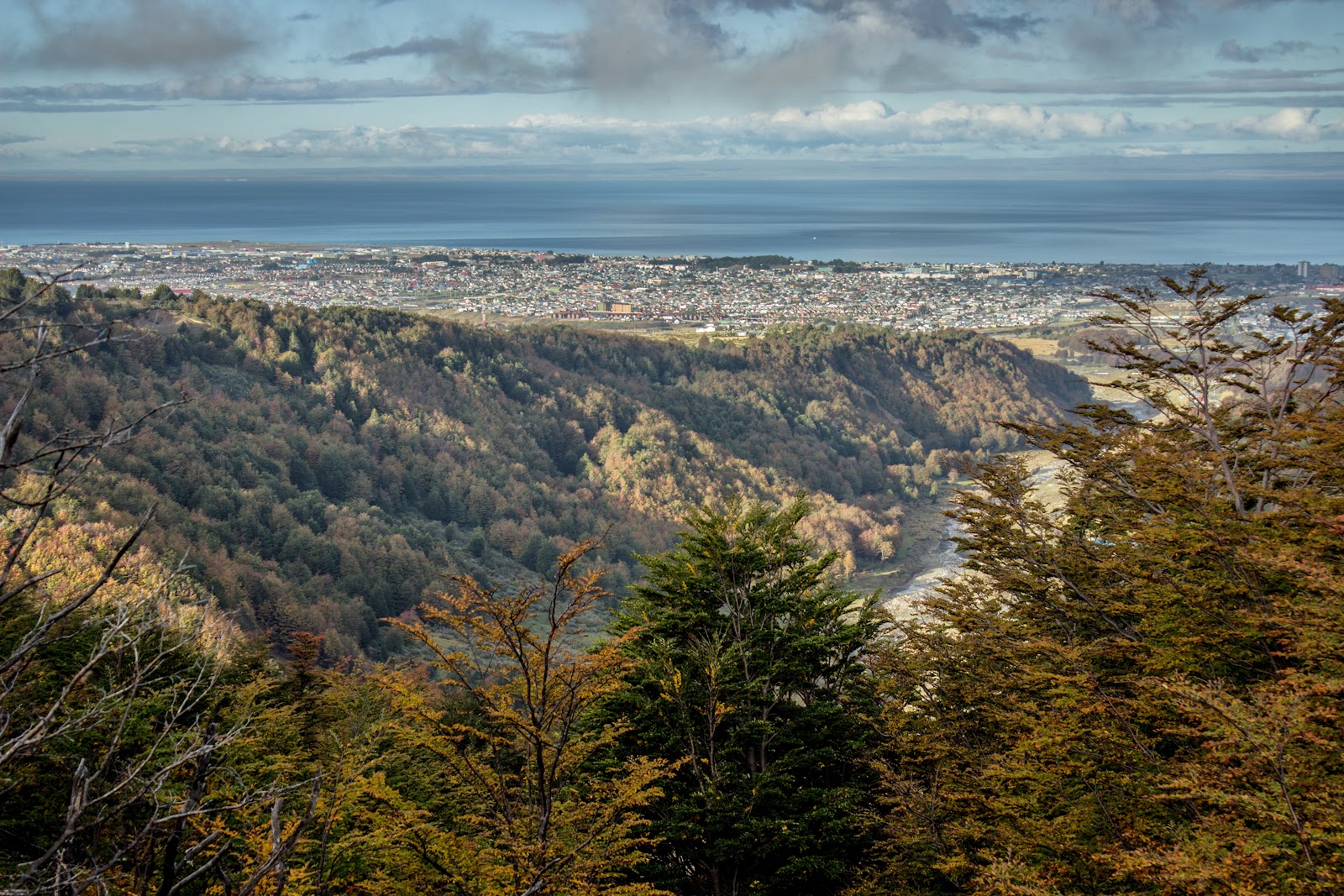 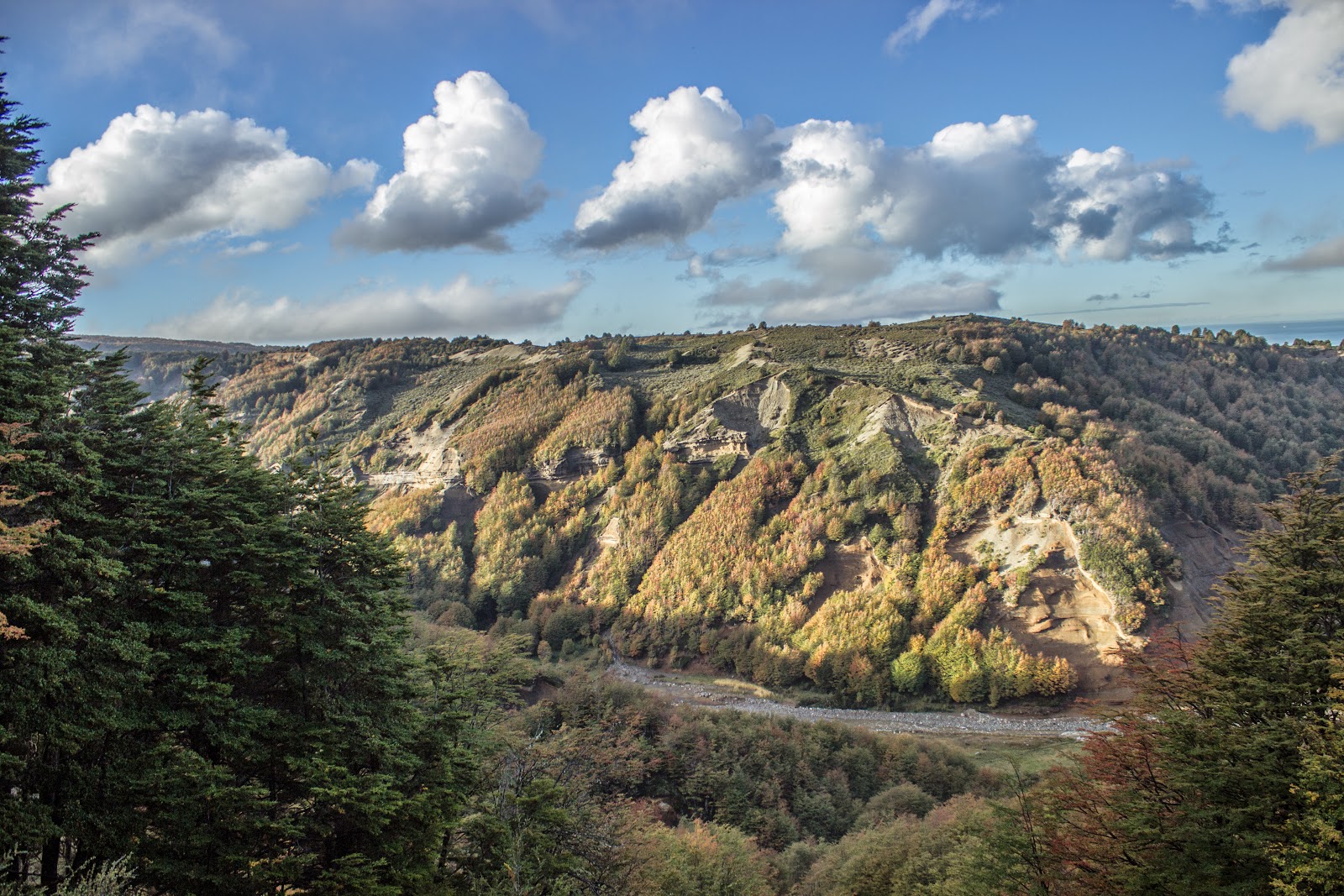 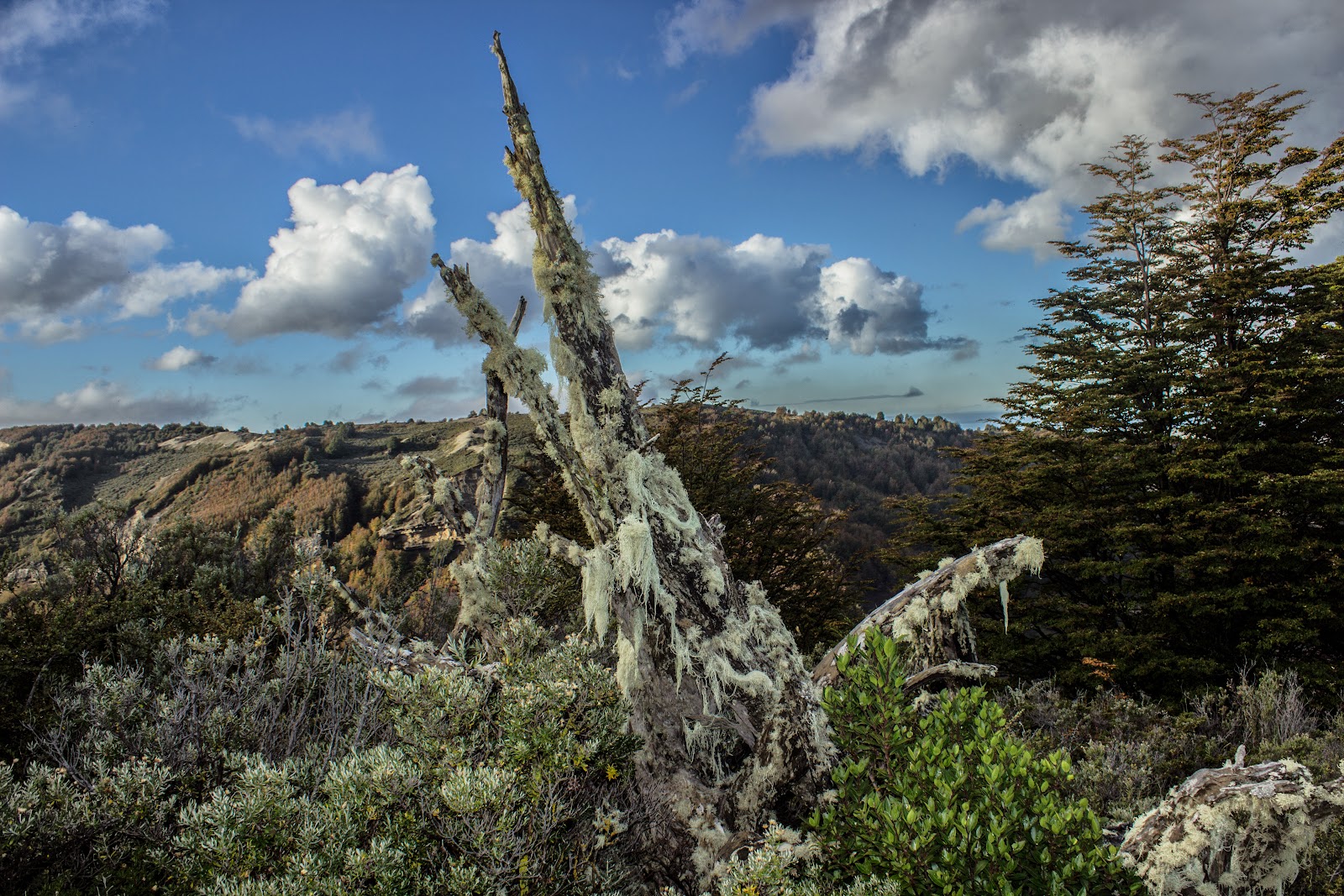 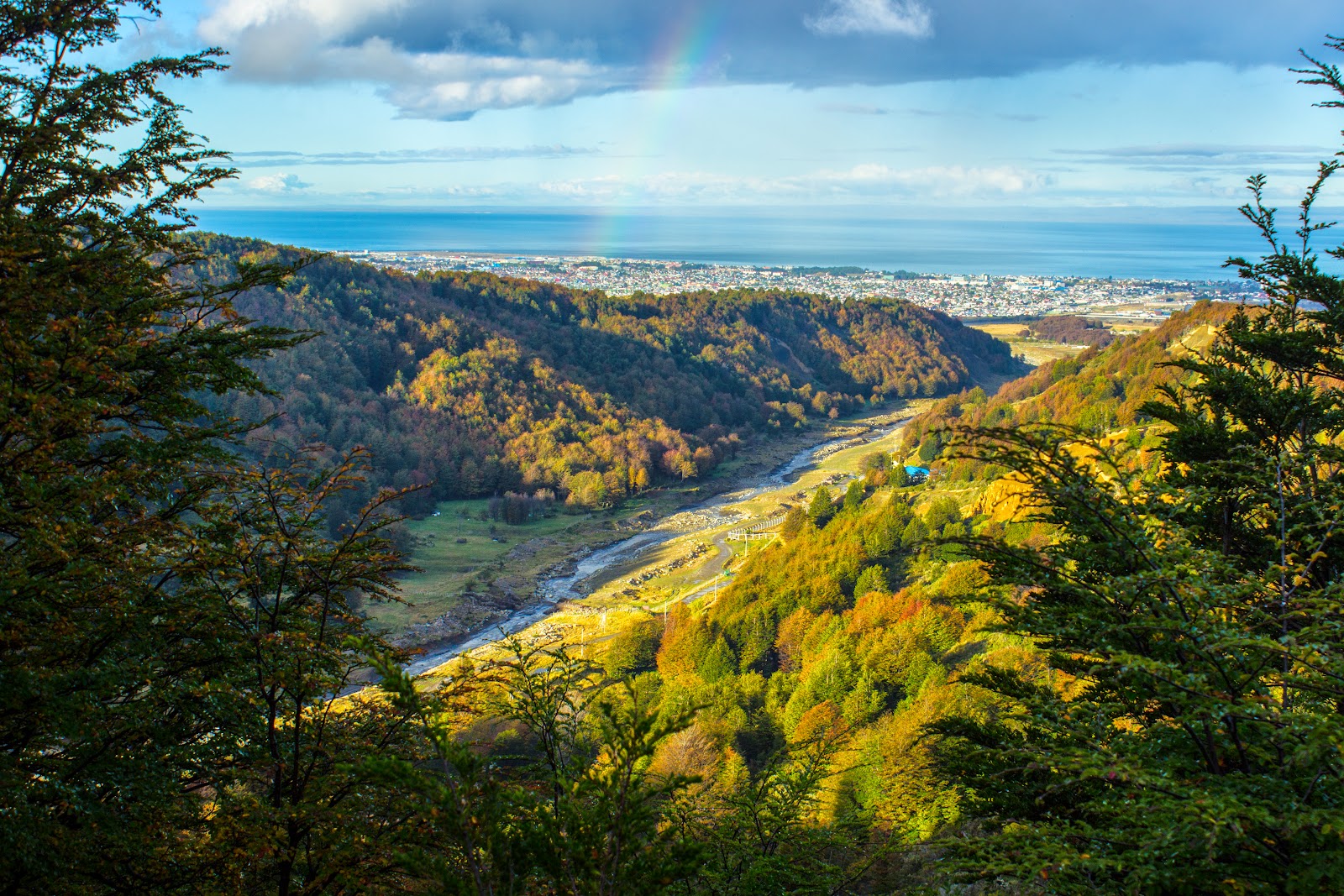 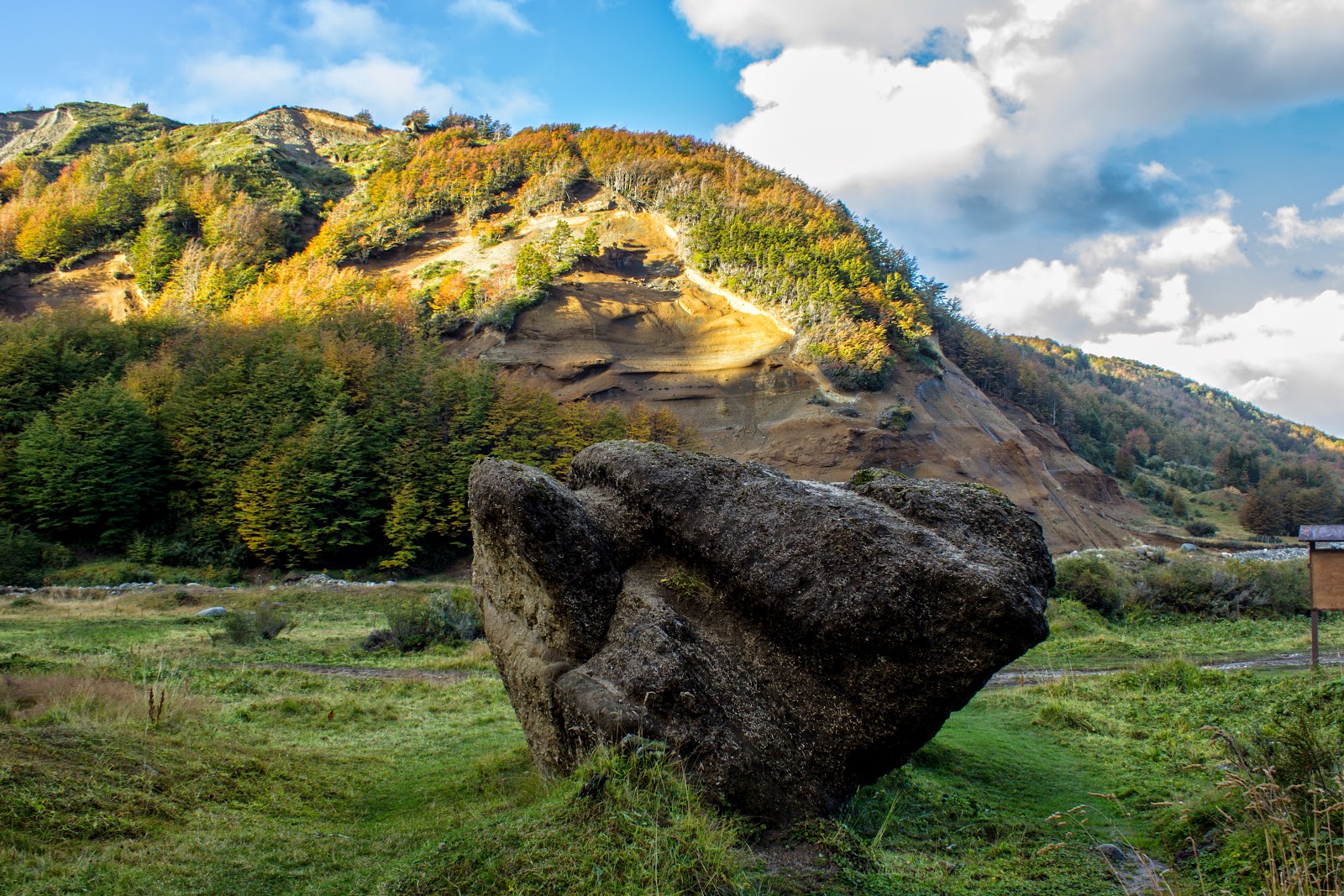 We had some pizza for dinner and than ventured to the Sky Bar. For the past 2 years I had always heard other people mention it and am quite glad hat I have now seen it. It is on the 11th floor of one of the only skyscrapers in Punta and the walls to the outside are entirely made of glass - the view was amazing, even from the toilet. I had some Berry Sour (Pisco - the national drink with berry juice) which was rather nice. Just as we left some German Garden TV show came on (they mainly just showed the music clips from it but it was still rather weird!).
Well, now it is just me left! On Monday, I had my yellow fever vaccination. In the morning, I went to the city centre - literally 2 minute walk - and got some proper walking boots (after my trainers got wet yesterday I decided that that was the better option). Someone from Agunsa (they are an agency organising logistics for Antarctica) was so kind to organise the vaccination for me and came with me to translate - she nearly had to hold my hand - yes I am still scared of needles … In the evening she invited me along to join her and her friends for some drinks - it was a nice evening. 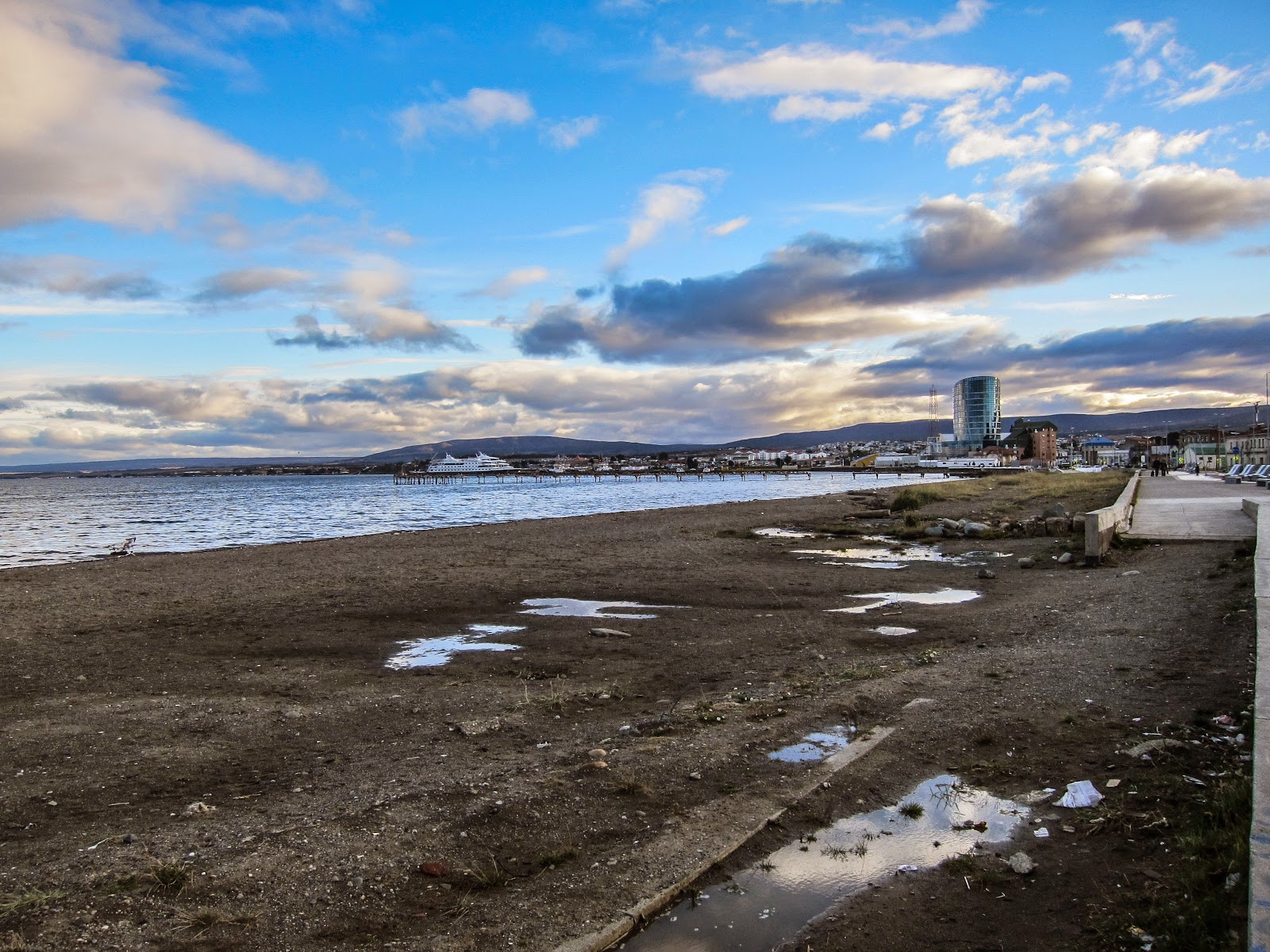 The place I stayed at was called Hospedaje Magallanes. I can only recommend it. It is very clean, cheap and the people are lovely. It is a family run place by a German-Chilean couple. The husband came to Chile on his travels and met his wife their. He decided to stay and is now happily married. They are very helpful but also interested in my story which made me feel very welcome. I also met quite a few other people who had been to Antarctica, some on a cruise, others had worked at Palmer Station. What is even more amusing is that they knew some of the people we had met from the Gould! That’s it - off to Santiago now on a 4 hour trip with a stopover in Puerto Montt. I cannot wait for some warmth - and catch up on some sleep on the way!
Posted by Unknown at 18:09